One of Ecuador’s hidden pearls is the Antisana Ecological Reserve. It is located approximately 1.5 hours driving south-east of the city of Quito and is famous for its landscape and wildlife. Together with my brother and sister, who were visiting me from The Netherlands, I had the chance to visit the park and do the Antisana trekking. Since our country does not have nature like Ecuador has, we were very curious about what the day would bring us.

We were picked up at our apartment and hotel by our private guide. He told us that on the way to the park that we already had the chance to spot several volcanoes that are situated around Quito such as the Illinizas, Rumiñahui and Cotopaxi. We were lucky enough to have good weather and saw the immense snow-capped Cotopaxi volcano. The guide stopped the car for a moment to enjoy the view and take some pictures. For both my brother and sister this was their first encounter with such a beautiful landscape and they were amazed. 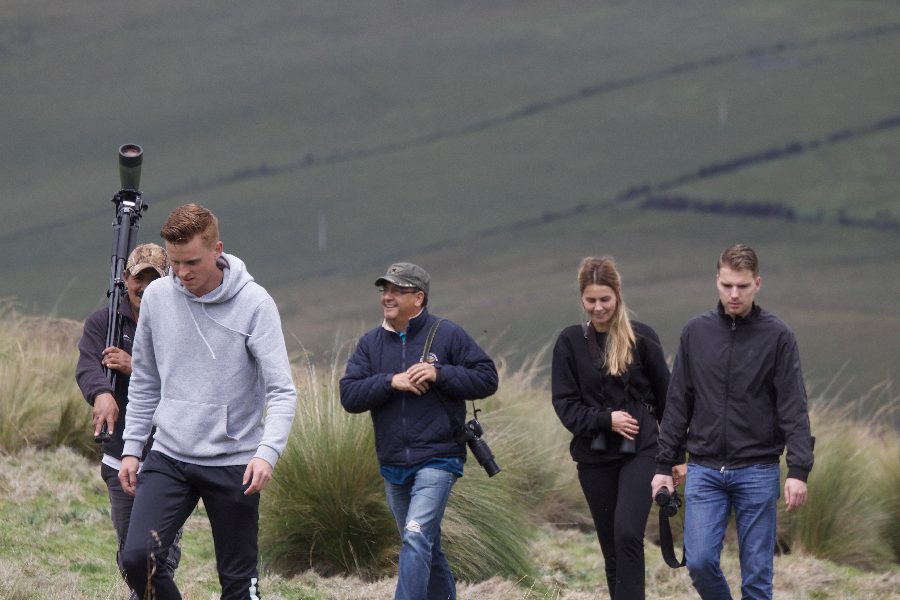 After this stop we continued our drive to the Antisana Park. At our arrival our second guide, specialized in spotting wildlife, was waiting for us at el Mirador del Peñón del Isco; a viewing point from where condors can be seen, which we saw. With the help of a telescope provided by the guide, we were able to spot 3 condors resting in the shadow on the mountainside.

Suddenly, the guide got excited; he spotted an Andean bear! It took a while for us to see it but it was truly an amazing sight. Every now and then the bear moved down the mountain before hiding again in the bushes. We enjoyed the view for a while with a sandwich and some coffee before moving further into the park.

We continued our way by car. Every once in a while we stopped because the guide spotted an animal. His eyesight was incredible since he sometimes saw animals that were extremely camouflaged from hundreds of meters away. With his help we saw animals such as eagles, hummingbirds, deer and alpacas, sometimes just several meters away from us.

After a few hours the animal guide left and we went deeper into the park towards the Antisana volcano. As we got higher in altitude, the landscape changed from bright green to more brownish shades. Finally we reached the volcano. Here we were able to spot loads of mountain caracaras and Andean ibis birds. The latter of the two only resides on altitudes from 3,000 to 5,000 meters making it an uncommon bird. 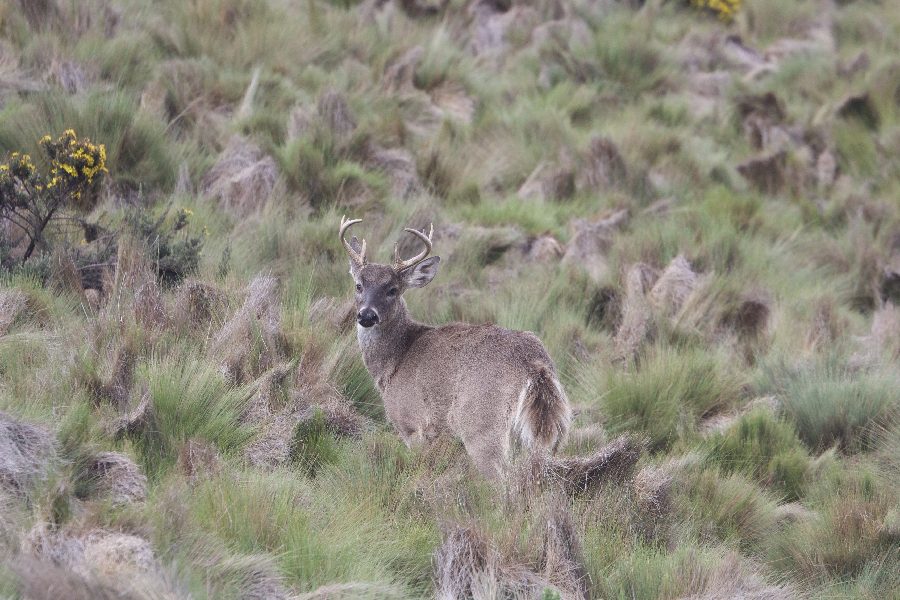 Our tour ended at Lake la Mica. When walking to the viewing point of the lake we all of a sudden heard loud huffing sounds. Then, 3 meters away from us, a deer appeared. We were all transfixed as the deer crossed our path, jumped out of the bushes and made its way up the hill. For 5 minutes we just stood there and enjoyed the incredible sight and it almost seemed as if the deer was there performing for us. It was a spectacular ending to a memorable day.

The Antisana Ecological Reserve may not be as famous as other parks such as the Cotopaxi, but is definitely worth visiting. The fact that it is less famous makes it less touristic and therefore, a lot more tranquil compared to other parks. The park’s tranquillity, beauty and diverseness impressed me, my brother and my sister and we highly recommend Antisana Ecological Reserve to anyone who visits Ecuador.