Antisana volcano is a majestic huge active, snow capped stratovolcano with the altitude of 5,704 m. It is the 4th highest volcano in Ecuador and has 3 summits. Antisana is one of the largest volcanoes and highest peaks in Ecuador. The Antisana complex contains 2 generations of volcanic cone, an older volcano cut by calderas and eroded by glaciers and a young cone. The only confirmed historical eruption was from 1801 to 1802, when a lava flow was erupted from the summit. 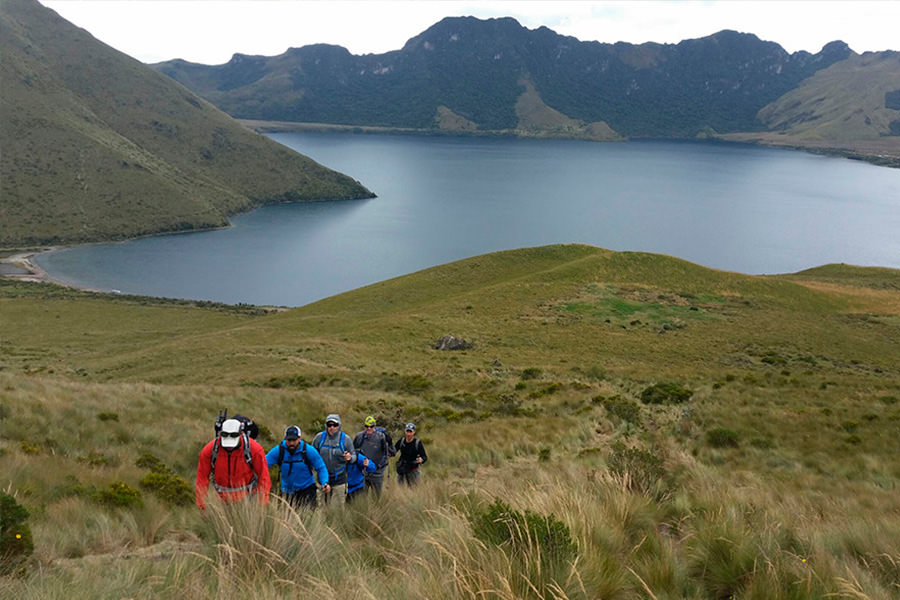 Getting to Antisana Volcano

The Antisana Reserve is about 55 kms southeast of Quito and drive 2 around  hours to a village called Pintaj and from there it is another 2 hours of driving until you reach the camping area at the altitude of 4500m.

The volcano has a crater, which is covered by snow and ice but still active. A clear evidence of its activity is the Thermals of Papallacta, from the campsite, it is a long hour hike to the entrance of the glacier. It is a small path over ash and lava stones that pass small glacier lagoon. The glacier is a maze of crevasses mostly across the big valley direction east to west.

As you climb higher, the bigger and deeper the crevasses are. The most “easy” peak to climb is the northern summit (which is also the highest). The way to the top is crossing from south to north toward the saddle and then heading another 200 meter of elevation toward the west.

How long does it take to summit Antisana Volcano?

The climb itself is considered very technical and requires knowledge and experience in mountain climbing. The climb takes between 6 – 8 hours, while the descent will be around 3 hours. The landscape at sunrise is incredible with the reflection of the volcano in the surrounding lagoons inside the reserve. With a bit of luck, you will also have incredible views of other surrounding volcanoes such as the Cotopaxi, Illinizas, or Chimborazo. 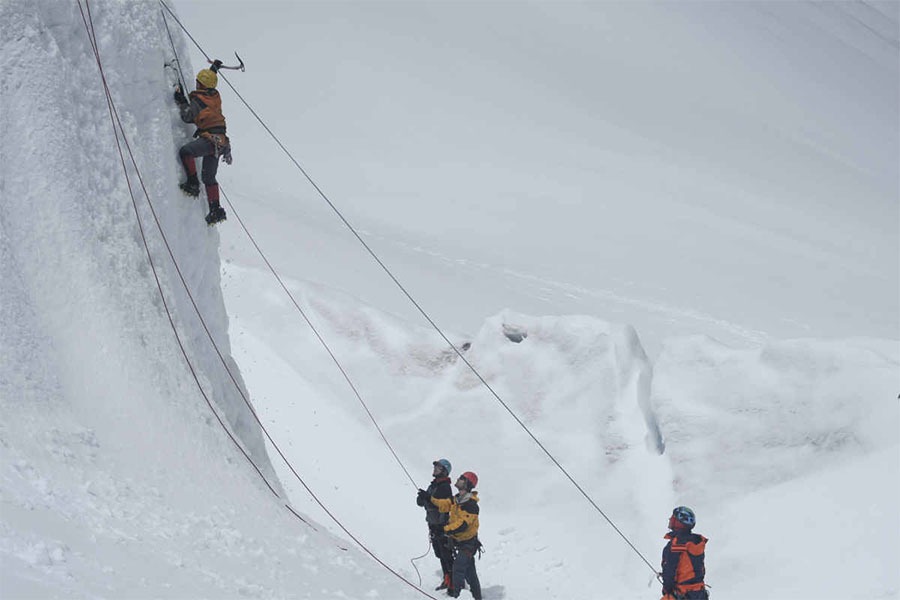 Is a good idea to have a Ecuador Climbing and Glacier course that involves training in an ice wall and glacier with a licensed teacher and under the highest safety conditions. Also you can combine this experience by climbing other Ecuador Mountains.

Contact our climbing experts to start your next Ecuador trip.