We met the artistic director of the Festival of Lights, Mr. Jean-François Zurawik. For the 3rd consecutive edition, Quito was lit up for 5 days (from August 8th to 12th) giving locals and foreigners an extraordinary experience! The event brought together more than one million people in the streets of Quito’s historic center.

Similar to previous years, the most beautiful buildings of the historic center of Quito were the scene of magnificent creations and technical prowess! The festival of lights, originating in the French city of Lyon, was born from a celebration of the Virgin Mary. She spared the city of Lyon from contamination during the plague. On this occasion, and for 19 years, the city of Lyon lights up for 4 days in December. Residents maintain a tradition of placing a candle in their windows for the 4 nights of the party. 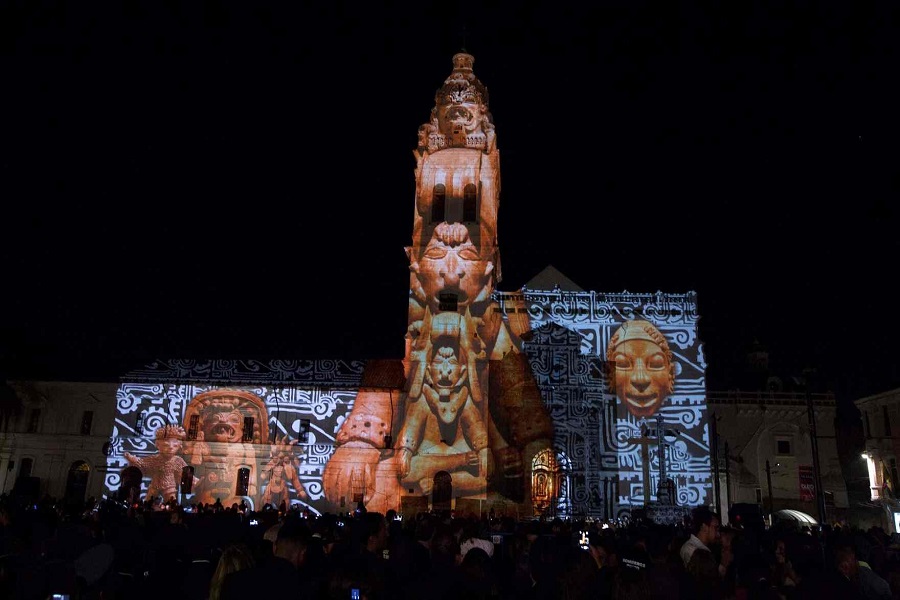 The Festival of Lights was passed onto Quito in 2016 for the UNESCO forum, Habitat 3. France’s representation is thus realized through the festival of lights, organized on the same model as in Lyon, but this time in Ecuador.

Given the success of the event, the collaboration with the Municipality of Quito, the Ministry of Culture, and the French organization, it has continued for 3 years in a row. Ecuadorians now eagerly await this annual event! It takes place at the same time as the Independence festivities of Ecuador, during the first week of August.

For the artistic director, it’s very interesting to work here in Ecuador in order to put on this event. The party has already been promoted in many other destinations, such as Moscow, Shanghai, Dubai, Bogota and Hong Kong! However, it seems that it’s here, in Quito, where the event is more like the French Festival of Lights…

The artistic director has named the festival of lights of Quito, “The little sister of Lyon!”

See you next year for a new edition!