A rare species of giant tortoise has been seen on one of the Galápagos Islands; Isla Fernandina. The Fernandina giant tortoise was not spotted since 1906 which made people fear that it had gone extinct. Now, Ecuador’s government has announced that an adult female has been discovered that is believed to be more than a century old.

The chelonoidus phantasticus, as the giant tortoise’s Latin name is, was discovered on the island of Fernandina by members of the Giant Tortoise Restoration Initiative (GTRI). The GTRI were on an expedition funded by American cable channel Animal Planet for an upcoming show called ’Extinct or Alive’. Forrest Galante, the leader of the expedition, found the tortoise underneath some vegetation after he had been crossing the island for some time. The species was considered as critically endangered or possibly extinct by several organizations around the globe. 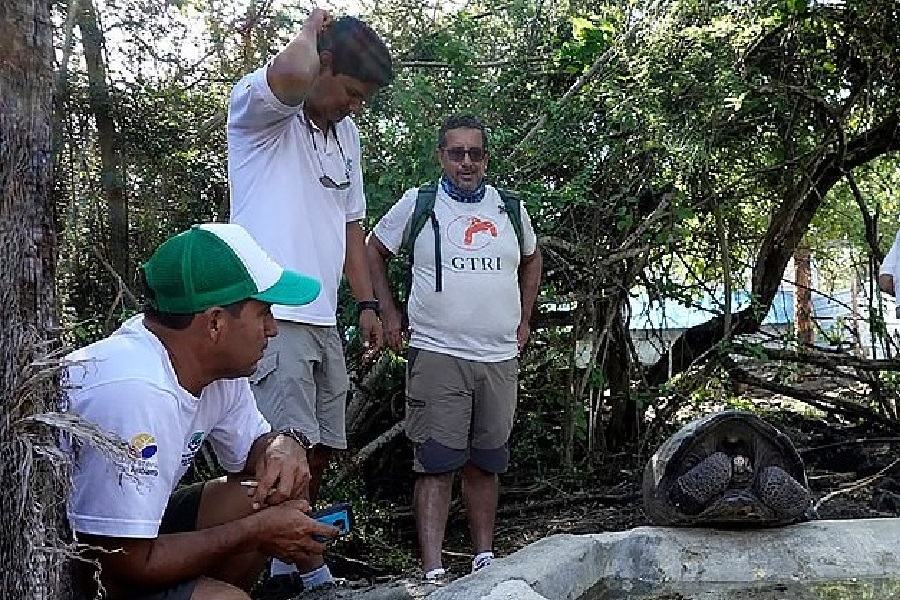 The volcanic activity on the island is believed to be the primary reason for the Fernandina giant tortoise to be as endangered as it is. The Galápagos Islands have been formed by volcanism and with Fernandina island being the most active one since 1970 there have still been eruptions taking place in the past decades.

Experts believe and hope that they may find even more living members of the species. Encouraged by several found tracks such as faeces and bite marks that may support their thoughts they continue their search for other Fernandina giant tortoises. Eventually this should lead to the start of breeding programmes with the goal of recovering the endangered species. 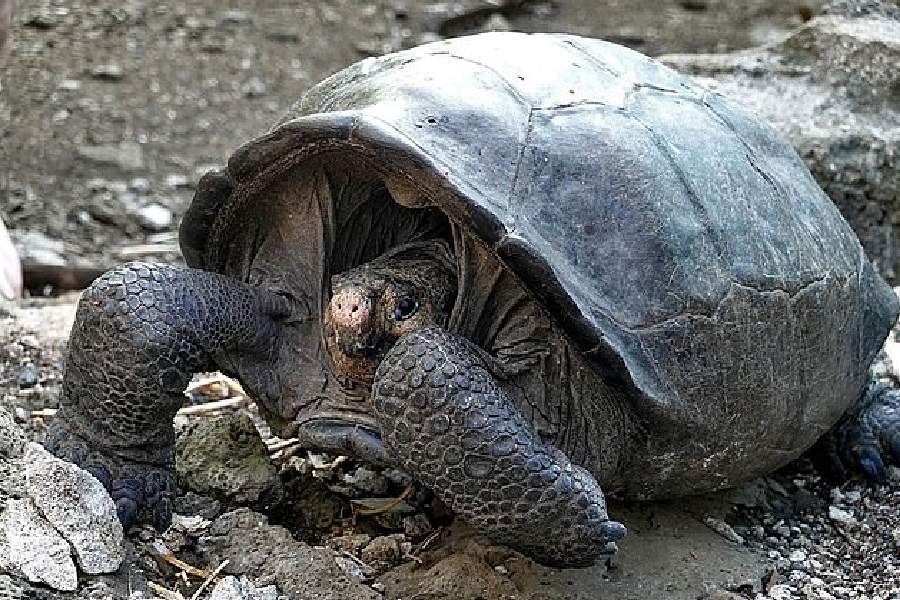 The Galápagos Islands are an island group located in the pacific ocean and famous for its unique wildlife with several so called ‘endemic species’ – species that have unique characteristics due to a defined geographic location –. The archipelago consists of some main and minor islands. Among them are the islands of Baltra, Bartolomé, Darwin, Española, Fernandina, Floreana, Genovesa and Isabela. The Islands have been popular among tourists around the world who go there for island-hopping often participating in activities such as scuba-diving, kayaking and hiking.

Are you interested in visiting the Galápagos Islands yourself then check out our Galápagos tours!