Known for the Machu Picchu one of the wonders of the world, Peru’s ancient Inca culture and Lima has been on a short list of delicious destinations for a few years now. 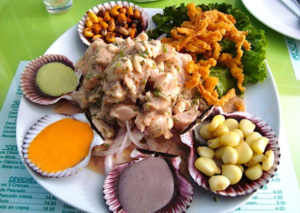 The colonizers from Spain brought several different foods from Peru to Europe which would become famous all over the world. Examples of different food types include potatoes, beans, and many varieties of chili peppers.

As we know the Peruvian cuisine consist of various cultural influences from other countries in the world. One such cultural influence is Japan. Peru has the second largest ethnic Japanese population in South America, the Japanese community has made a significant cultural impact on the country since the Japanese first began to immigrate in the late 19th century. The combinations of Japanese and Peruvian cuisine known as Nikkei has become the greatest gastronomic sensation to hit Europe’s culinary capitals.

Japanese dishes were combined with the flavors and cooking techniques of the indigenous Peruvians to remarkable effect. For example, fresh fish was combined with limes, corn, aji, peppers, yucca and the many varieties of potatoes with Peruvians prize so highly. These flavor combinations bring together the best of the elegant and delicate cuisine of Japan with the freshness and spicy punch of Peru. 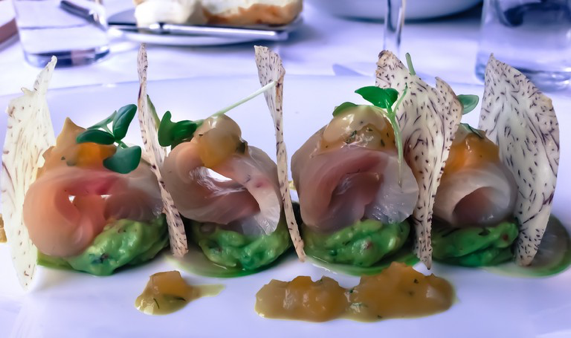 Chef Gastón Acurio has become well known for raising awareness of local ingredients. Gastón studied cooking at the Le Cordon Bleu in Paris, he returned to Peru in 1994 with the knowledge of international cuisine. Together with is German wife Astrid he helped to establish the Peruvian cuisine offering typical Peruvian meals with a modern and attractive style.

“In the restaurant kitchens and cafes of Lima history is divided into two eras: Before Gastón and After Gastón” – The Guardian.

In 1994 Gastón Acurio and his wife Astrid started the restaurant franchise ‘Astrid & Gastón’. Originally starting as a French style restaurant, however they struggled to find the right ingredients. Gastón then started focusing more on the Peruvian cuisine.

Currently Gastón Acurio is the owner of 44 restaurants in many countries and is the author of several books. In Peru, Gastón is the host of his own television program and contributes to a number of food and cuisine magazines.

“The chef is someone who acts as a bridge between consumers and farmers, fishermen, industry, nutrition and health” -Gastón Acurio.

Taste our delicious Peruvian cuisine and tick one more thing off your bucket list with tour travel expert. For more information please contact us and we will create the perfect Peru tour for you!

Activities to do in Galapagos