Before, many visitors saw Quito as simply a compulsory stop on the way to the Galapagos. However people have recently begun to recognize Quito’s colonial charm, and the capital city is becoming an up-and-coming destination. A graceful mix of a metropolitan city dotted with sky rises and a dedication to maintaining their indigenous culture, the city presents native Kichwa women in their woven clothing next to savvy suited businessmen and women. The city achieves a big city vibe with bustling nightlife and top-rated restaurants while still maintaining the relaxed, easy-going pace that is typical to South America. Don’t miss out on what this extraordinary city has to offer, and begin planning your Quito travel with this complete detailed guide.

Weather and When to Go

Quiteños often say that they have all four seasons in one day. The afternoons are typically warm and sunny and the night can become rather chilly. June – September has little to no rain and tends to have more bright warm days, while October – May (especially the months of March and April) see more rain. The rain is typically limited to the afternoons, and it does not rain every day. Therefore, the “rainy” season shouldn’t restrict your travel plans if this is when you desire to go.

Climbing at 9,251 ft (2,820 m), Quito is the second-highest official capital city in the world. Many people need to spend time adjusting to this high altitude. Surrounded by volcanoes, Quito is a popular destination for those who seek hiking and trekking. Remember that it is crucial to acclimatize for a couple of days in Quito before summiting Ecuador’s enigmatic mountains. 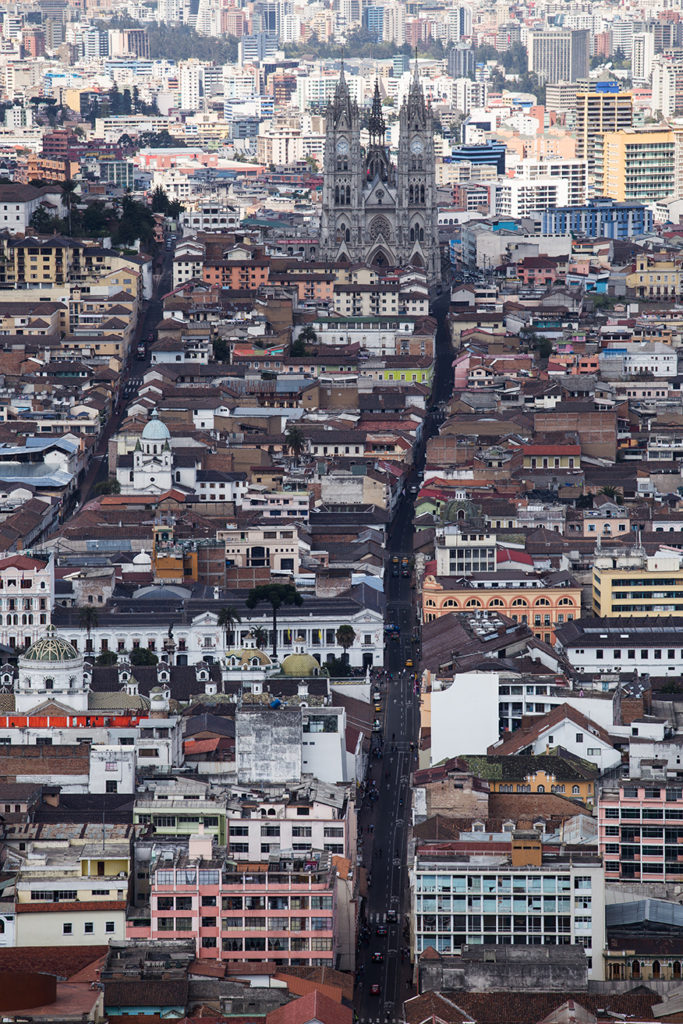 Quito’s Old Town, otherwise known as the historical center, is one of the biggest highlights throughout colonial South America. The capital’s historical center is one of the oldest and best-preserved in Latin America, and it has the honor of being the first city ever to be named a UNESCO World Heritage Site. With narrow cobblestone streets lined with flower shops, bakeries, and fruit shops, Old Town possesses quaint charm while the majestic ornate cathedrals evoke grandiosity. With colonial detail around every corner, strolling through Quito’s historical center transports you back in time. Our favorite highlights include:

The night scene in Quito caters to a variety of different people depending on their nightlife tastes. La Mariscal is the place to go out containing streets packed with clubs and bars. This one sector boasts a variety including the Irish pub, Finn McCools; a shots-only bar, Chupitos; and your classic South American discotecas, such as Bungalow 6 and Xandu. If you want to dance salsa, visit Quito’s premier salsoteca, Lavoe. If you are craving craft beer, Quito has an up-and-coming craft beer scene with breweries such as Bandido Brewing, Sabai, and Cheruskers. 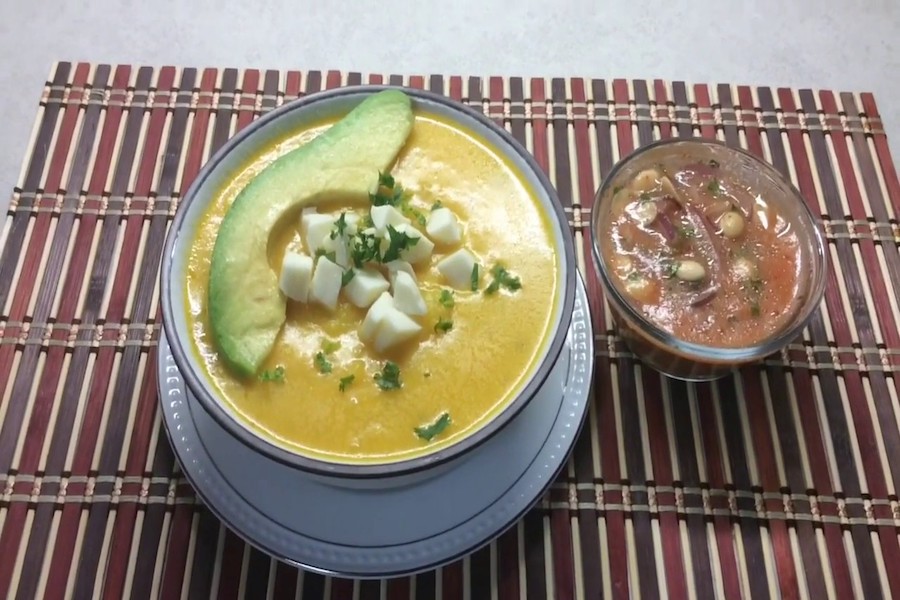 A night out at La Ronda Street will involve canelazo. Other traditional Ecuadorian foods include:

We encourage you to check out an open market! The bright colors of the fruits and vegetables, both exotic and familiar, are a treat for the eyes.

In addition to local dishes, we suggest trying Ecuador’s chocolate. Ecuador is known for producing some of the finest cacao in the world. Step into chocolate stores, such as Pacari, República del Cacao, or Chez Tiff Artesanal, and try the chocolate for yourself.

Other Noteworthy Places To Visit

In addition to the vibrant allure of Old Town, other notable Quito highlights include The Middle of the World and the Teleferico. The Middle of the World (or “Mitad del Mundo” in Spanish) is where you have the opportunity to straddle the equator. There are two ways to enjoy the equator. The first is the Middle of the World City where you can snap your photo in front of the iconic monument. This little city includes a brewery, museums, restaurants with Ecuadorian cuisine, and traditional market stalls. The second way to experience the equator is at the Intañan Museum, a museum of folk tradition and interactive science. Energetic bilingual guides recount stories of Ecuadorian tribes and lead guests through a variety of experiments that allow for a better understanding of changing phenomena at the equator. 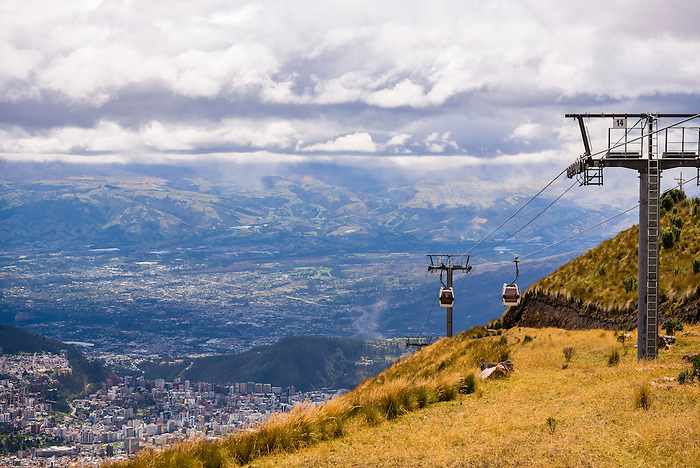 The Basilica and Panecillo are two excellent places to take great views of Quito. If you want to see all of Quito, a ride up the Teleferico, Quito’s popular cable car, will grant you breathtaking views of the entire city. The Teleferico takes you up Pichincha Volcano from 10,226 ft (3,117 m) to a staggering elevation of 12,943 ft (3,945 m). At the top, guests can enjoy the view from the lookout or the cafe that sells scrumptious desserts, coffee, and traditional Ecuadorian foods. Also at the lookout is the iconic swing; embrace your inner child and swing out over the city of Quito! 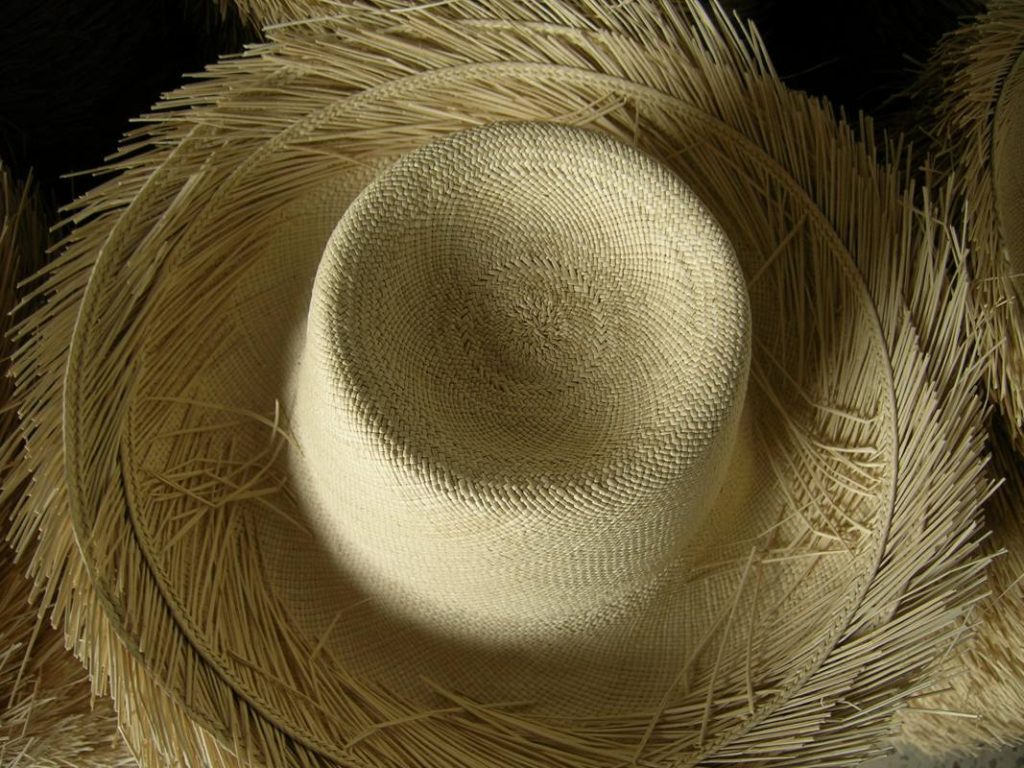 If you’re looking for that one perfect souvenir to bring back home, you can’t go wrong with the famous Panama hat of Ecuador. Yes, you read that correctly—the Panama hat of Ecuador. That’s because, despite its name, the Panama hat originated in Ecuador. The hat gained notoriety when the world saw photos of Panama Canal construction workers wearing these hats exported from Ecuador, and the name Panama hat stuck. These exquisite handicrafts come in a variety of styles, and prices range depending on how tightly the hat is woven as well as the quality of the straw.

From mouth-watering food to a beautifully-preserved historical center to their reputation for being kind and welcoming, Quiteños have a lot to be proud of. And they show this pride during Quito’s holiday, Fiestas de Quito.  If you happen to visit Quito in the week leading up to December 6th, you are in for a treat. Canelazo is the drink of choice throughout the week. At all hours of the day, especially at night, you can hear Chivas, and open-topped party buses, circulating throughout the city. With an impressive schedule full of outdoor concerts and parades, you are sure to find entertainment and great fun to commemorate the great city of Quito.

We recommend you spend at least one day in Quito, if not more! We know you will love this astounding city. This city was built with such great detail, and with so much to do, our travel experts at Gulliver Expeditions can help you plan the perfect itinerary. Located in the heart of Quito, we at Gulliver know Quito well. Make the most of your Quito travel, and contact Gulliver Expeditions.

How to Book a Hotel in Quito