The Amazon rainforest is home to numerous species of plants and animals.

How many exactly, you ask?

About 30 percent of the total number of species in the world is located in this diverse rainforest.

The Amazon is considered the most biodiverse place on Earth, and every day countless people flock here to discover the astonishing wildlife that lives deep within the Amazon Rainforest. The Amazon is filled with jungle animals and river animals, and countless other beings that reside within the depths of the rainforest.

Here’s our list of the 10 most observed animals in the Amazon Rainforest:

These two types of birds can be found in the same flock, foraging for food. They are the most common birds throughout the Amazon. You’ll spot them as soon as you arrive in the rainforest. They’re very populous, noisy, and weave large bag-like nests that hang from the ends of tree branches. 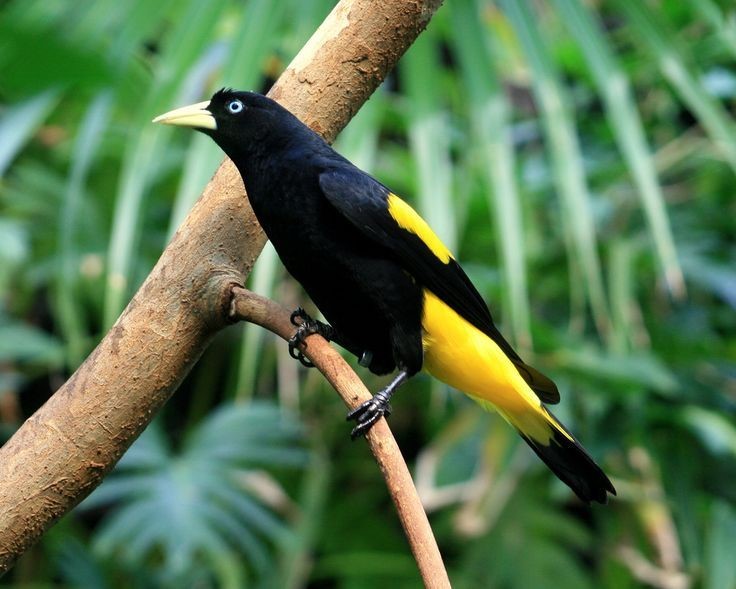 This bird stays close to streams and lagoons in the Amazon basin. The Hoatzin is nicknamed “The Stinky Turkey,” because of its foul odor. Hoatzins only eat leaves, which are often hard to digest, and as such they have adapted over the years. Hoatzins break down and ferment leaves in their stomach, causing this foul odor. This might be the smelliest animal in the entire Amazon Rainforest.

Toucans are one of the most stunning animals in the entire Amazon Rainforest. These magnificent birds have colorful feathers and a long curved bill that helps them reach fruits and other foods. With a little luck, you’ll see a common species of Toucans in the Amazon rainforest called the White Throated Toucan, or the smallest species of Toucans, the Aracaris. 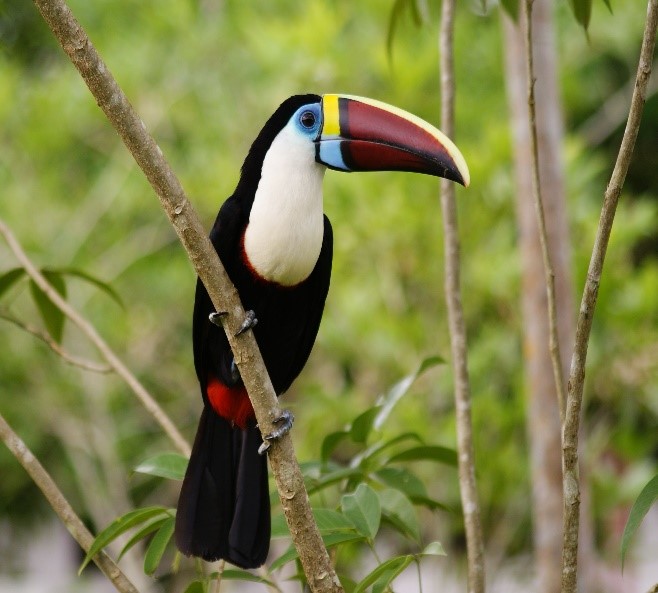 These birds are widespread throughout the whole rainforest. They truly put on the most beautiful show in the Amazon. 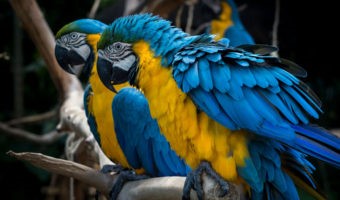 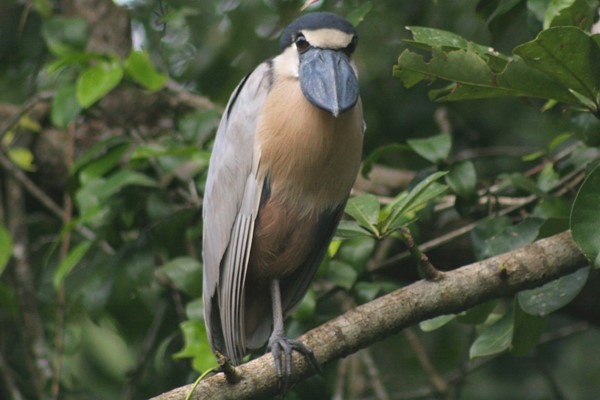 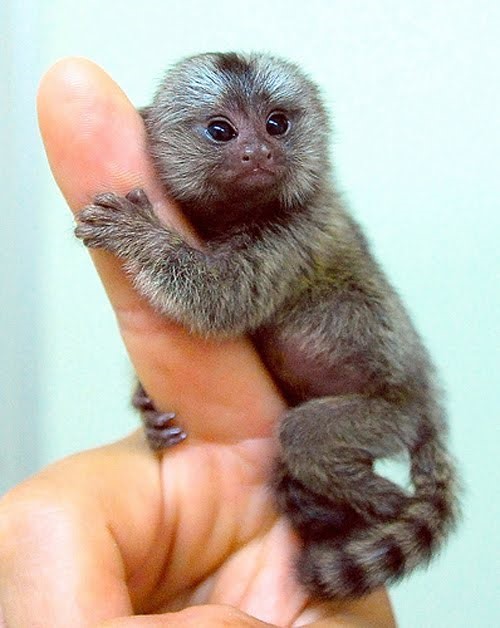 These might be the scariest animals in the Amazon River, but don’t be afraid. If you remain at a distance, they do not attack. They fish in all bodies of water in the rainforest. In a nocturnal expedition, you could possibly see the Black Caiman, the largest species, or the Spectacled Caiman, which is smaller but more common. 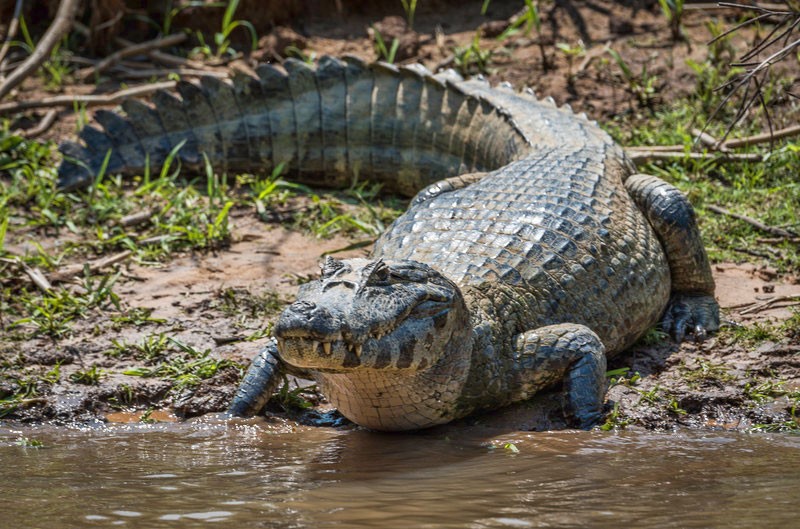 During a visit to the Amazon, you’re bound to run into a snake or two. There are loads of them in all different sizes. In some cases, you may even spot an anaconda. 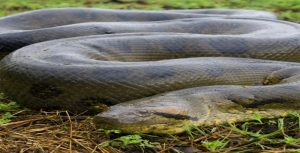 Water and humidity are a necessity for a frog’s lifecycle, making the Amazon Rainforest the perfect home for them. At dusk, you can hear roars of Tree Frogs calling. With a little bit of luck on a night hike, you can see many species of the Phyllomedusa Genus, the most beautiful of tree frogs. 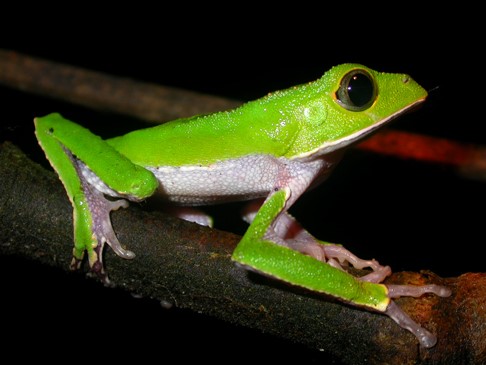 The Amazon is home to plenty of insects, termites and ants. Throughout your trip, you’ll see a multitude of termite nests hanging from trees as balls. If you look closely, you’ll also see millions of Leaf-Cutter ants marching in big lines along the forest ground. 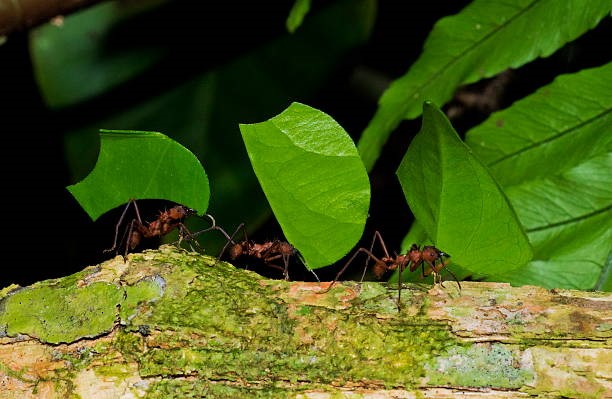 If you’re interested in seeking out the most unique Amazon Rainforest animals,

and show you the very best of the most biodiverse place on the Earth.