The Illinizas offer an incredible adventure for beginners and expert climbers in the central highland of Ecuador.

These two active volcanoes covered with snow (5,248 meters. Illiniza South, 5,126 meters – Illiniza North) are located south of the city of Quito, just 2 hours away by car. This unique twin peaks formation is the only mountain in Ecuador that offers treks and climbing sections of several levels of difficulty. On a clear day, you can appreciate them and enjoy the beauty of the nature surrounding you. 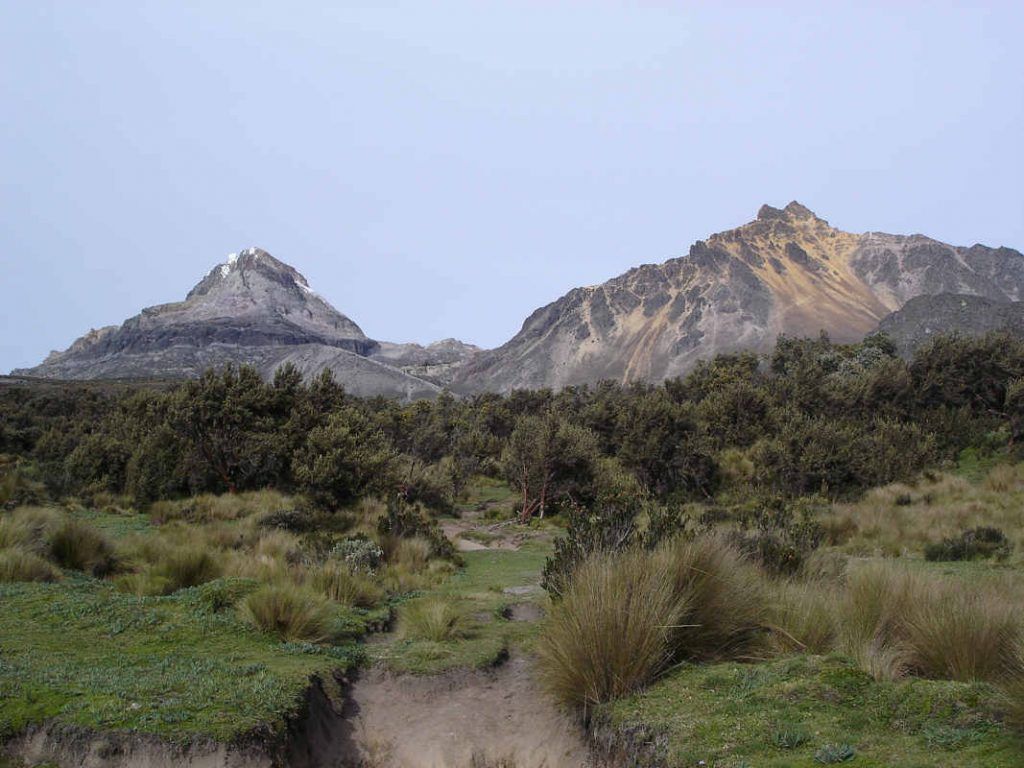 The same highway that takes us to the Cotopaxi national park, leads us to the Illinizas Ecological reserve, named after its 2 representatives.

Due to the difficulty of accessing it, this ecological reserve is still a mystery. The reserve is divided into four sections. The first and biggest one includes a big forest to the west of the lagoon Quilotoa and further down to the river Toachi. The second is located on the northeast and includes the volcano Corazon and Illinizas. The third area is located in the southwest and separated by a little bit bigger section of the highway between Latacunga and La Mana. The last one is a very small area like an island of approximately 800 hectares, surrounded by Quilotoa.

From the main highway, we drive 2 hours through a small road until we arrive at a sector named La Virgen. In this place, we leave the car and take our gear to continue for 2 to 4 hours, depending on the weather and your physical condition, until arriving at the refuge of northern Illiniza. 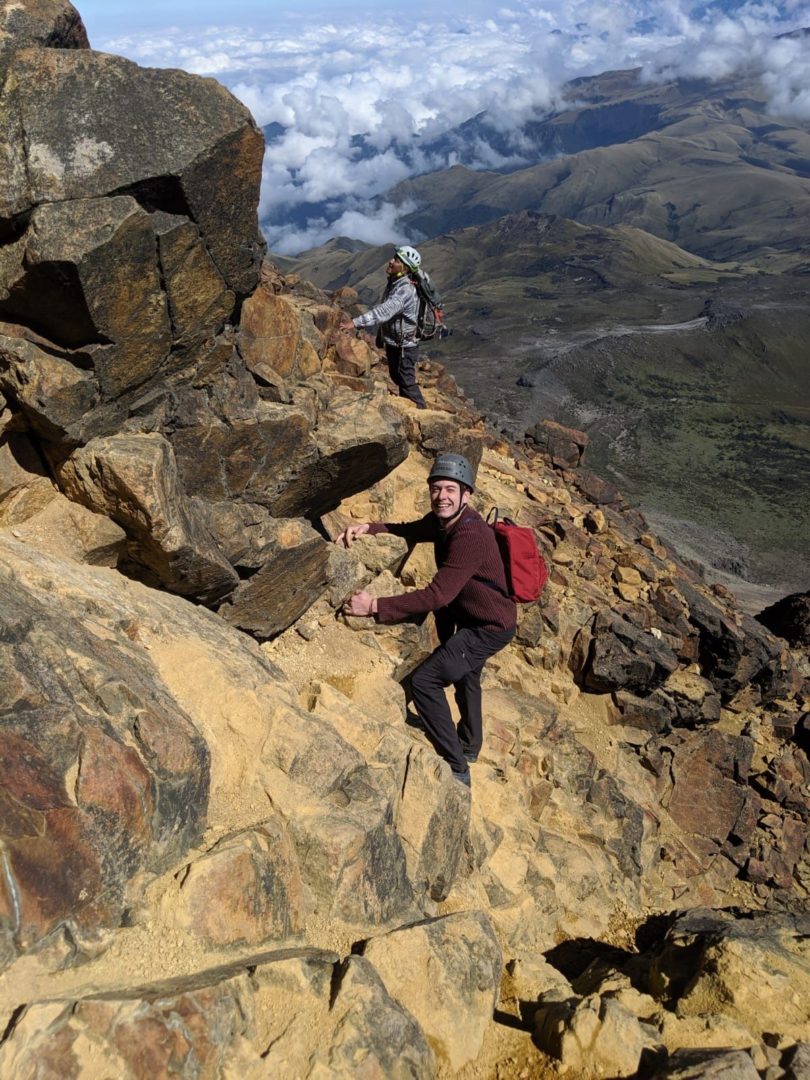 From there you have a spectacular view of the area. The wide landscapes covered with paramo vegetation enclose many endemic species of flora and fauna, many of which can only be found in the area of the reserve. One of them is the endangered pacarana, also named by some as the tailed-guanta. It’s part of the rodent family group, which makes its hole in the base of large trees to use as a home. Another well-known animal is the puma. With its gracious walking and skillful climbing up the trees, this wild cat is considered one of the most beautiful animals in the tropical forests of Ecuador. The spectacled bear is also part of the huge biodiversity in this South American country. It is a rather ‘shy’ animal usually living alone, as its main food are different fruits, insects, and very small animals. Something unique about them is that they do not hibernate like other bears, but they make their own ‘nest’ out of leaves or small branches up on the trees where they sleep. Illinois is also home to some of the most interesting and hard-to-observe birds – the yellow-eared parrot. Despite its danger of extinction, this specie weighing a little less than 300 grams nests usually on palm trees, and eats the wax palm fruit of these specific plants as well as seeds and other fruits. Due to its beauty and uniqueness, it is unfortunately hunted for food and selling on the black market, as only 212 mature individuals are considered to be left in Ecuador and Columbia.

Once you arrive at the refuge, depending on the time, you can decide if you want to continue to the summit of north Illiniza for approximately 3 hours or if you can stay at the refuge and rest so you have enough energy to do the following morning.

To climb this section of the Illinizas, you are required to have some basic climbing experience and specialized gear – a polar jacket, stable mountain shoes, gloves, and clothes resistant to cold temperatures of up to -2°C. Only in the final meters to the summit, there is a short part of the road where you must be careful. This route is ideal for people who are planning to conquer summits like those of Chimborazo and Cotopaxi.

Once we return to the base of the refuge, we can see to our left his bigger brother – the South Illiniza. From both peaks, Cotopaxi can be seen in its complete beauty.

For this ascent, it is required to know ice climbing and rescue techniques, since the climb is considered to be difficult and dangerous. It is essential to have at least a day of acclimatization approximately 4000 meters beforehand. 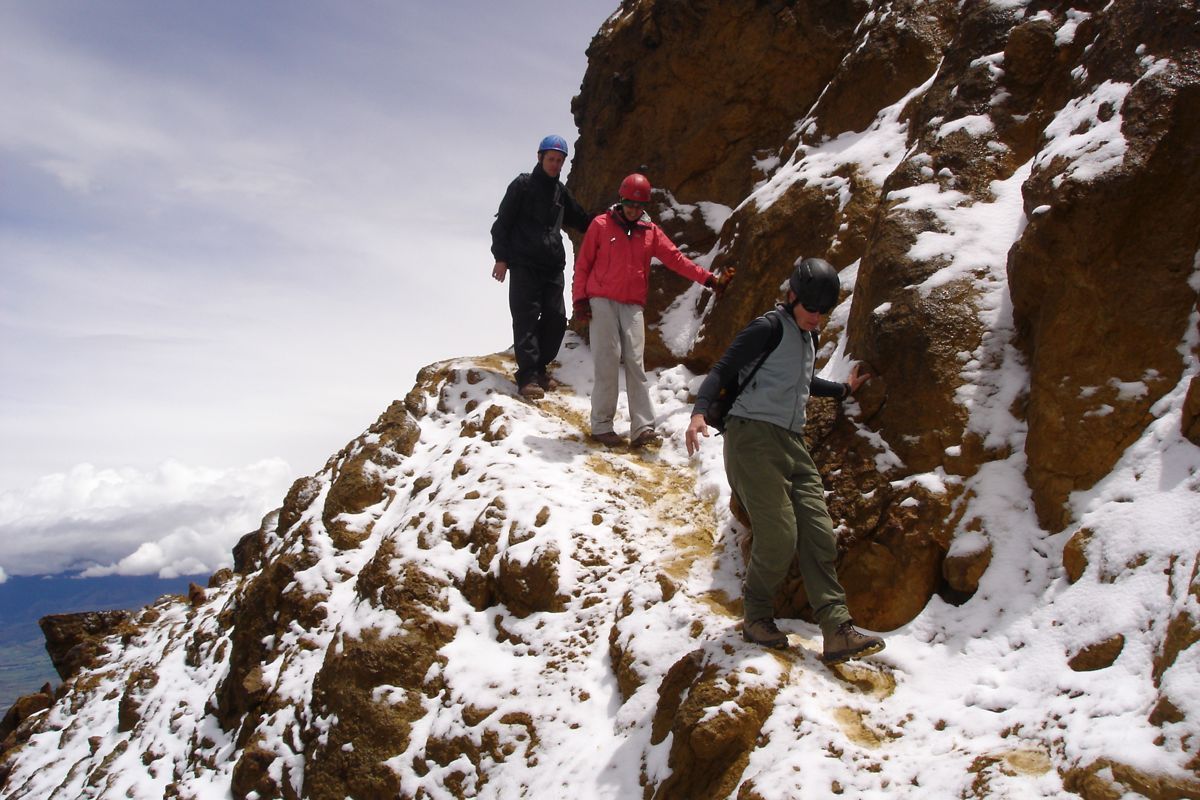 The South Illiniza is considered one of the 3 most difficult places to climb in Ecuador, after El Altar in Chimborazo Province and Antisana between Pichincha and Napo provinces, especially when there isn’t enough snow on the mountain and most of the route is covered only with ice. Experience in ice climbing is necessary due to the existence of cracks and sheer slopes of snow and ice with 70 degrees of inclination. It is necessary to cross several cracks up to 4 meters wide and even more when it comes to their depth. Similar to the ascent to North Illiniza, the starting point is the refuge. From the same one, the road will take us 4 to 6 hours to arrive at the summit depending on the conditions of the normal route. From the south summit, the view of Cotopaxi is mesmerizing.