Visit the beauty of Ecuador

What makes Ecuador the ideal destination?

Although Ecuador went gone through 11 difficult days, in which there were many protests, you should not ignore the fact that  Ecuado is a great tourist destination.. The government and its people have already reached the agreement and the protests are officially over, so if you are hesitant about traveling to Ecuador because of this issue, we can assure you, you will have no problems when visiting.

Below, we give and explain the best places you can visit and be amazed!

The first stop should undoubtedly be the city of Quito, the capital of Ecuador. It has the best historical center in Latin America and was declared a World Heritage Site by UNESCO. One of the best features in Quito are its churches with baroque style architecture from periods of Quito’s colonial days.  Each church has monuments and beautiful designs, along with interesting and captivating legends, myths and stories.

In addition to the magical city of Quito, there are several attractions such as the Teleferico, a cable car that takes you 12,942 ft (3945 m) up and onto the slopes of the Rucu Pichincha volcano with an incredible view of the entire city and surrounding snow-capped volcanoes.  In Quito, you can visit Mitad del Mundo, also called the middle of the world.  This is always a stop that draws curiosity of visitors. Because who would not want to say they stood in the middle of the world! There are two places to visit in Mitad del Mundo.ne is a special park dedicated to Mitad del Mundo where a 30-meter high monument was erected that initially indicated what the first researchers thought was the equator line.  And just a bit further down the road, the second place is the Intiñan Museum with the exact location of the equator mapped out by GPS.  Here you can pick to stand either on northern or southern hemispheres, or try yourselfin various activities that cannot be done anywhere else in the world like balancing an egg on a nail!

The city of Cuenca is considered one of the most beautiful in Ecuador.  It captivates tourists with its preserved historic center, also declared a World Heritage Site by UNESCO.  It is home to beautiful colonial and republican architectures, each making its home between a display of cobblestoned streets, small markets, old squares and colorful balconies. You can also enjoy the exquisite Cuencan and Ecuadorian cuisine, all while exploring the colonial areas beside the calm and charming riversides that surround the city. 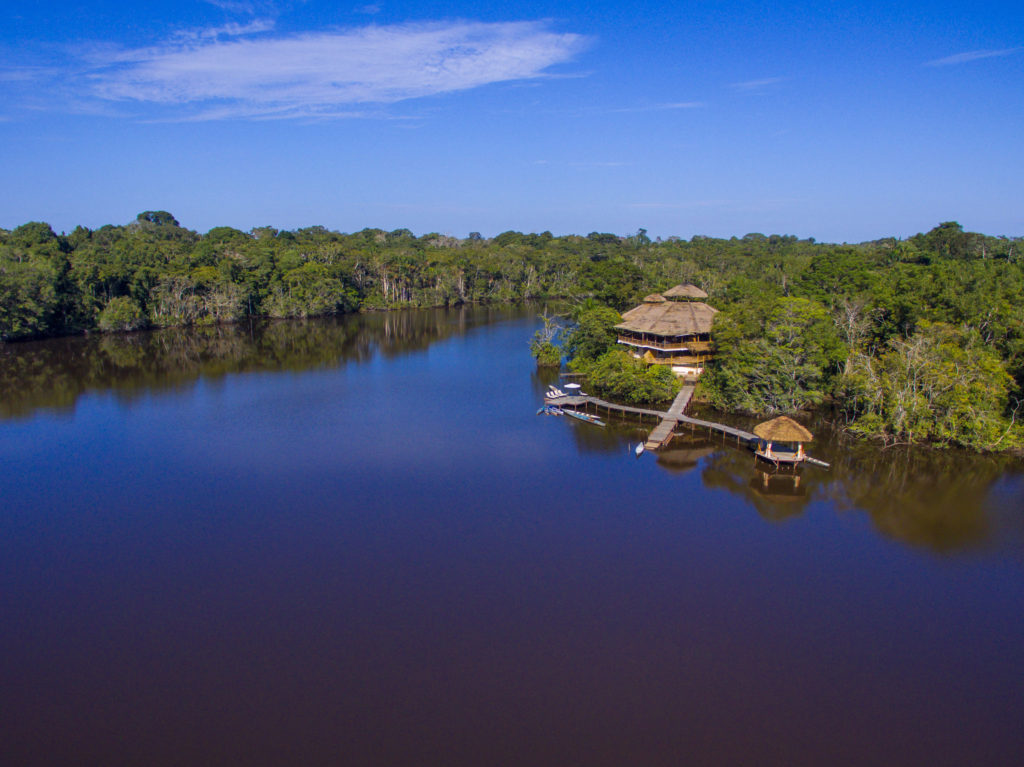 As a mega diverse region in which it is possible to navigate the mighty rivers and tributaries of the Amazon, visitors can choose from a multitude of activities they can take advantage of within the Amazon Basin of Ecuador.  Hiking in the jungle allows you to spot an extraordinary amount of both wildlife and plant life, as well as sharing moments with locals from the indigenous communities, who have inhabited this area for centuries.  Without a doubt, this is one of Ecuador’s most amazing places to visit.

Find here our tours to the Amazon.

This small city is famous for its waterfalls and hot springs that derive from the Tungurahua volcano that towers over this hidden gem.  Baños is a perfect place for tourists who are looking for fun and adventurous tours.  Pleasant squares decorate the center of Baños and just outside the city there are waterfalls and rivers perfect for adrenaline junkies who want to do canopy, ziplining, rafting, and waterfall rappelling.  For those still looking for an active, however, slower-paced tour,, there are great walking paths in the nature, that lead to waterfalls such as the Pailon del Diable, offer panoramic views at the famous Tree House and give an opportunity to swing overlooking Tungurahua and Baños.  In Baños there is a great nightlife scene if visitors are interested in grabbing some cold drink at the end of the day or are looking for a place full of great music, lights, and dancing. 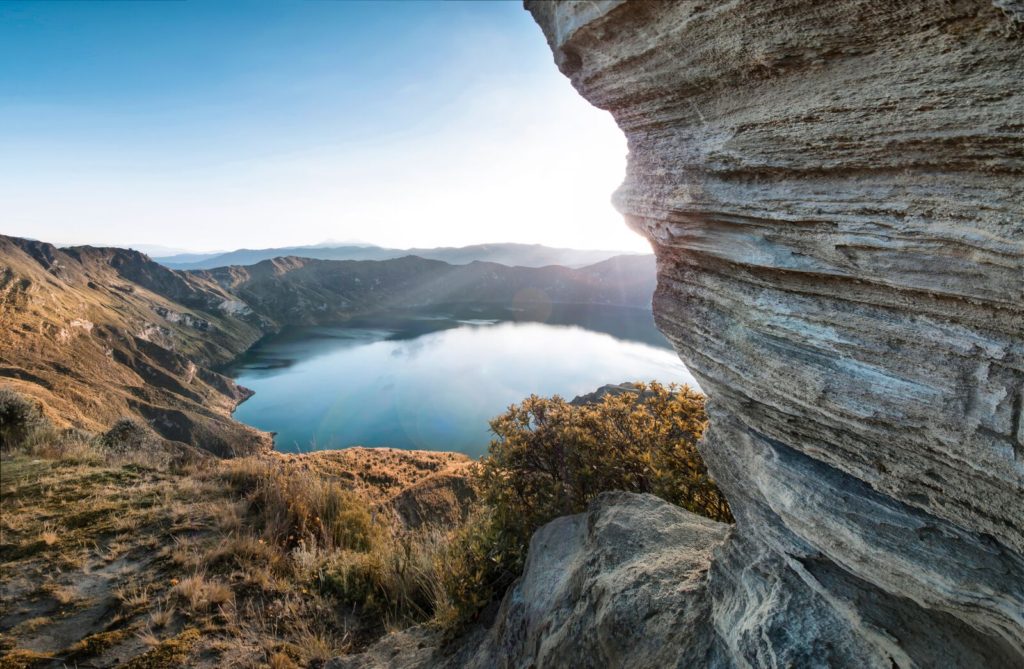 This spectacular lagoon of blue-green hues is located in the crater of the Quilotoa volcano.  There is an impressive natural viewpoint that allows you to appreciate the majesty of the landscape. Visitors can walk down to the edge of the lagoon, descending about 918 ft (280 m) in total. On the way it is even possible to see bubbles emerging from the lagoon from the remnants of the volcanoe’s fumaroles, which does not happen very regularly.

However, to get there, the town of Zumbahua must first be reached.  From community of Quilotoa can be reached by bus, traveling the curved roads of the Andes, through the route known as the “Cumbre”.

Experience a tour by train that crosses the landscapes of the Andes Mountains, linking the towns of Alausí and Sibambe through zigzagging roads that make up one of the most complex routes in the world. Its highest point is a hill nicknamed Devil’s Nose.  Here the train rails ascend 262 ft (80 m) almost vertically, thanks to impressive engineering work.

The starting point corresponds to Alausí, a town that never ceases to enchant guests with its narrow cobblestoned streets, balconies adorned with flowers and picturesque 19th century adobe mansions. From there, the round-trip excursion lasts approximately 2 and a half hours, stopping for a while in the town of Sibambe, where you can enjoy the typical cuisine of the Ecuadorian highlands or visit its small museum.

Located just a little over 600 miles (1000km) away from the coast of Ecuador, the Galapagos Islands can be found isolated in the Pacific Ocean. This archipelago consists of 13 different islands of volcanic origin and over 200 different islets and rocky outcrops. This amazing reserve is overflowed with biological diversity where almost 2,000 different species coexist with one another, many of which happen to be endemic to the islands; such as the Giant Tortoises and finches that once fascinated Charles Darwin. 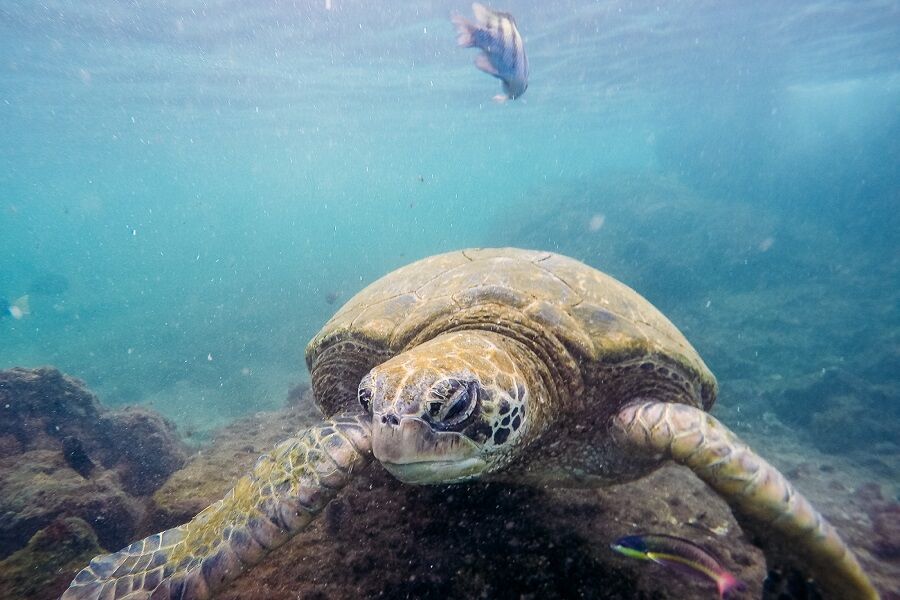 Declared a World Heritage Site by UNESCO, the archipelago is entirely a National Park. There are small human settlements on the islands of Santa Cruz, San Cristobal, and Isabela; from each of these small towns there are island hopping and day tour expeditions that depart in order to visit nearby islands with distinct characteristics and wildlife.  Apart from visiting the Galapagos, you can also experience the island by cruise with various multi-day options to choose from.  If anything is on your agenda to be visited in Ecuador, the Galapagos Islands has to be on the top of your list!

In addition to being the home of incredible tourist sites, Ecuador is filled with very friendly people who welcome you to each destination with open arms.  Do not hesitate to ask us about any of our tours!