What To Do In South America

What To Do In South America Summer 2020

From thrilling adventures to breathtaking scenery, South America offers it all. The continent is immense—the 4th largest in the world. The countries within South America vary drastically, boasting vast cultural differences and making each a unique destination.

Given the size and grandeur of the continent, you might find yourself feeling overwhelmed at the thought of a vacation in South America. With our travel experts at Gulliver, planning your dream itinerary is easier than you think! If you have been dreaming about the destinations and adventures South America has to offer, look no further as we dive into the countries of Ecuador, Peru, and Bolivia, highlighting the top 3 things to do in each country. 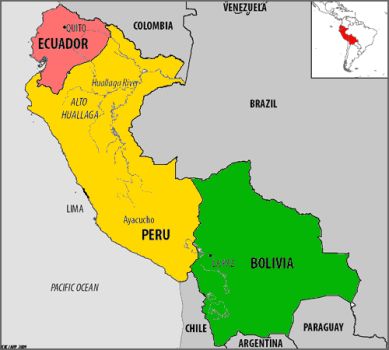 The Exclusive Site to See Darwin’s Wildlife
Although one of the smallest countries in South America, it is difficult to even scratch the surface of what Ecuador’s sightseeing has to offer. Known for having “four countries in one,” this amazing little country has it all.

Quito, the capital city of Ecuador, beautifully mixes the energy of a bustling metropolitan city with a commitment to preserving its colonial heritage. Quito is the 2nd highest capital city in the world, nestled among the Andes mountains at an altitude of 9,251 ft (2,820 m). Quito’s historical center, one of the oldest and best-preserved in Latin America, is a UNESCO world heritage site. The cobblestone streets are full of detail at every turn. Our recommended highlights are Plaza Grande, where the Presidential Palace is located; La Compañia, a church whose interior is entirely made out of gold; San Francisco, the church built by the devil; and the Basilica, the largest neo-gothic cathedral in the Americas.

On the outskirts of Quito, straddle the equator in the Middle of the World. There are two different ways to enjoy the equator. The first is the Middle of the World City where the iconic monument lies. The city contains museums, a brewery, traditional market stalls, and Ecuadorian cuisine. The second is the Intañan Museum, an interactive museum of science and Ecuadorian folklore, which offers many experiments to demonstrate how your world changes at the equator. 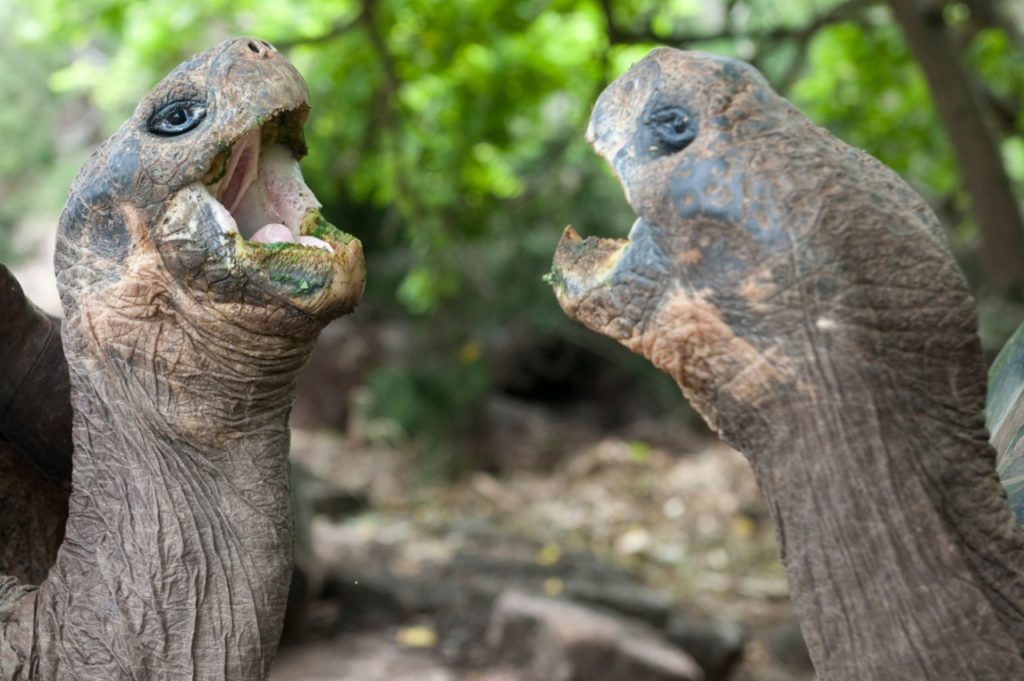 The islands of the Galapagos are universally appealing due to their stunning beaches, unique wildlife, and astounding volcanoes. Well-managed by the government to preserve its delicate ecosystem, the islands can be discovered via cruise or land hopping. Cruising offers you the best access to some of the more remote islands. Enjoy the islands alongside sea lions, blue-footed boobies, and marine iguanas.

Each island is unique and contains treasures from tortoise nesting grounds to volcanic formations to rare birds only found in the Galapagos. The Galapagos have so much to offer; just a few highlights include seeing lava tunnels and tortoises roaming freely at the highlands of Santa Cruz, snorkeling around Kicker Rock on San Cristobal, and spotting blue-footed and the rare red-footed booby.

There are a lot of factors to consider when planning your Galapagos itinerary. Choose ethical and sustainable cruise operators and day tour providers with the help of our experts at Gulliver. 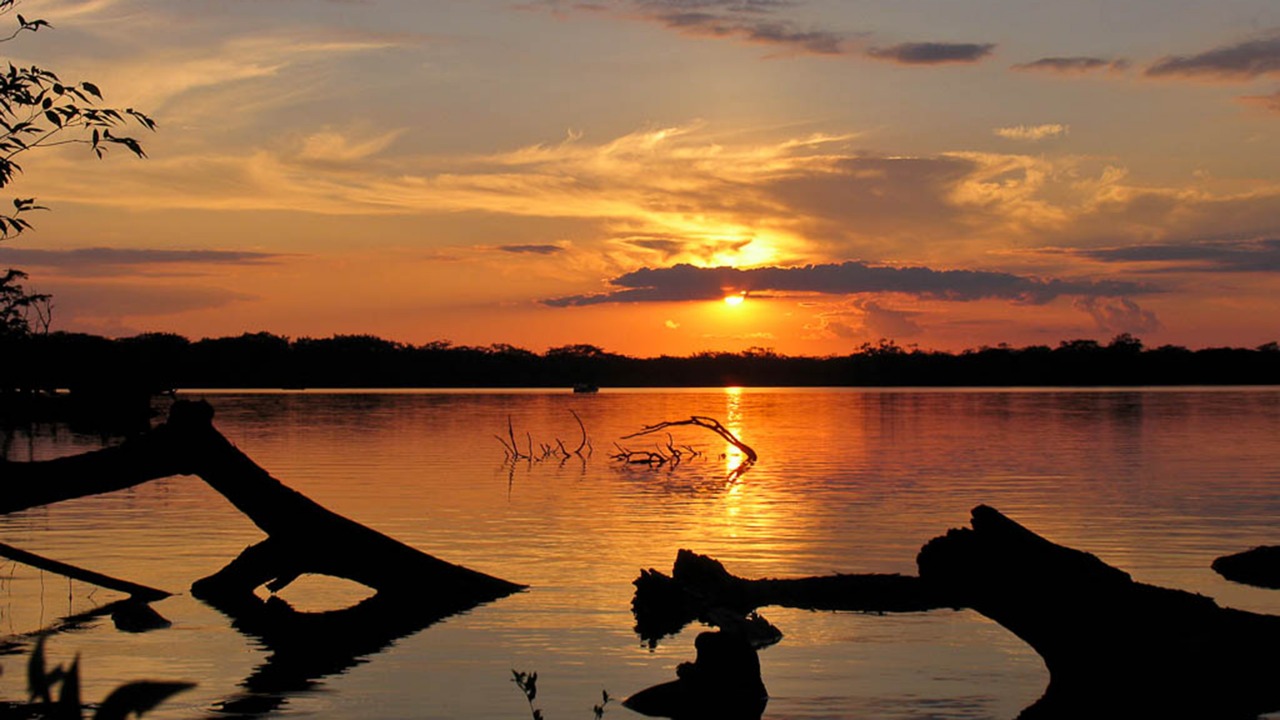 The Ecuadorian Amazon is one of the most biodiverse places in the world. The Amazon jungle is a place like no other, and an abundance of wildlife can be found in this stunning oasis such as howler monkeys, jaguars, caimans, and toucans. In addition, the jungle is home to many indigenous communities who have lived in harmony with their environment for centuries.

Ecuador is one of the best countries to discover the unique wonders of the Amazon rainforest, containing one of the world’s best infrastructures for developed and sustainable jungle tourism. Visitors stay at the heart of the jungle with a large selection of eco-lodges to choose from ranging from more rustic accommodations to luxury lodges and bungalows. Activities in the jungle include hiking, learning about the flora and fauna, canoeing and swimming in the river, meeting with indigenous communities, and of course watching beautiful Amazonian sunsets. For more information, check out our list of lodges and tours.

The Land of the Legendary Inca Empire
Peru continues to be one of the most visited countries in South America. Peru was built upon the history of the gods and kings of the Incas, and in every corner of the country, you can see and feel the spirit of these legends. 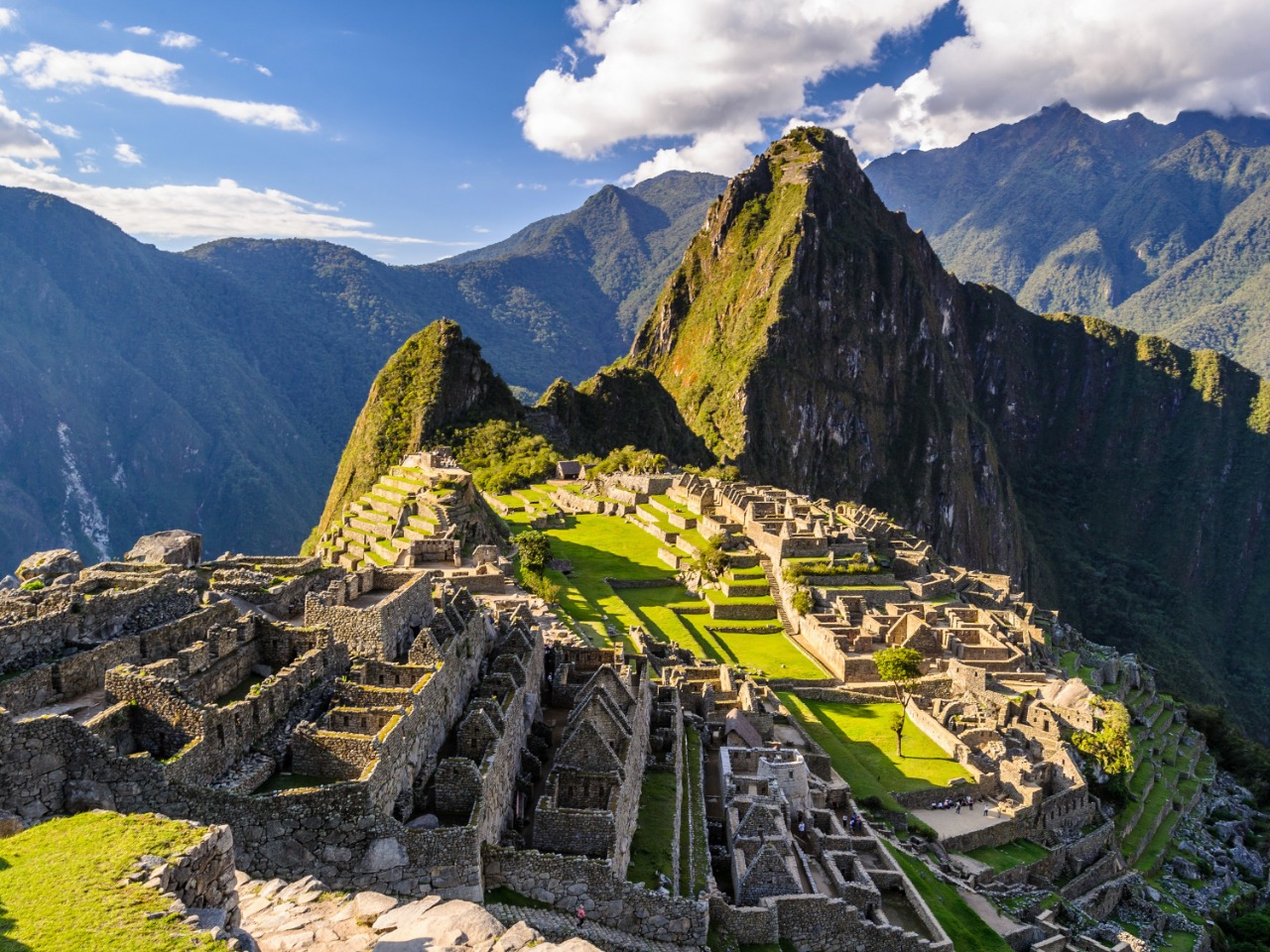 Standing at 7,972 ft (2,430 m), the ancient Incan citadel of Machu Picchu is considered the most iconic archeological site in South America. Located among tropical mountain forests along the slopes of the Andes, Machu Picchu exemplifies the Incan Empire’s peak of achievement and intelligence, constructing a center of temples, walls, terraces, and towers without the use of mortar. The perfectly cut stones sit together so tightly that even the blade of a knife cannot slip through. What makes this feat even more impressive is their lack of resources at a time when metal tools nor wheels existed. No one knows for what purpose the Incas built this massive citadel nor why they abandoned it a century later, and scholars are still trying to search for clues to the many mysteries of Machu Picchu.

There are two ways to get to Machu Picchu—by train or by trek. You can spend a day-long excursion taking the train from Cusco or you can spend 3 days on the Inca trail which culminates in Machu Picchu. Depending on where you board the train, the train ride lasts between 1,5-3 hours.

Not far from Cusco, lies the incredible mountain composed of strips of red, yellow, turquoise, and lavender soil. Rainbow Mountain is an astonishing sight and was very recently discovered in 2015. Rainbow Mountain is the most vibrant and accessible, making it a must if you are visiting Peru. The hike is relatively challenging, especially at an altitude of 17,060 ft (5,200 m), but the view is unreservedly worth it. Given the altitude, we do recommend acclimatizing for a couple of days before visiting the iconic colors of Rainbow Mountain.

Not only is the mountain itself breathtaking, but the entire hike is a journey of remarkable views. Llamas and alpacas greet you along the trail, and if the weather is nice, a view of the Ausangate Glacier will emerge. To reach Rainbow Mountain, travelers can take a day trip from Cusco or a multi-day trek.

Not far from the Pacific Ocean lies one of the most stylized ancient mysteries in our world today. The Nazca lines are a grand series of geoglyphs, sketches that break the hard red soil at what is referred to as the “Eighth Wonder of the World.” This UNESCO World Heritage Site has awed viewers since its discovery. The images are over 2,000 years old, dating back to around 100 BC, and a few examples of the images include abstract trees, humans, and animals such as a monkey, a condor, and a hummingbird.

It is yet to be discovered the purpose of the Nazca lines. Some have suggested an alien landing site (paranormal theories surrounding the lines are popular), while others have suggested astronomical explanations. The lines can be seen from an observation tower on the grounds or from the sky by plane. You can see more of the lines by plane, and your decision will ultimately depend on your budget.

The Heartland of Indigenous Latin America
Bolivia has only recently entered the spotlight, and it is starting to climb in international recognition as a travel destination. Between out-of-this-world landscapes to a rich indigenous culture to death-defying adventures, Bolivia has something for everyone. 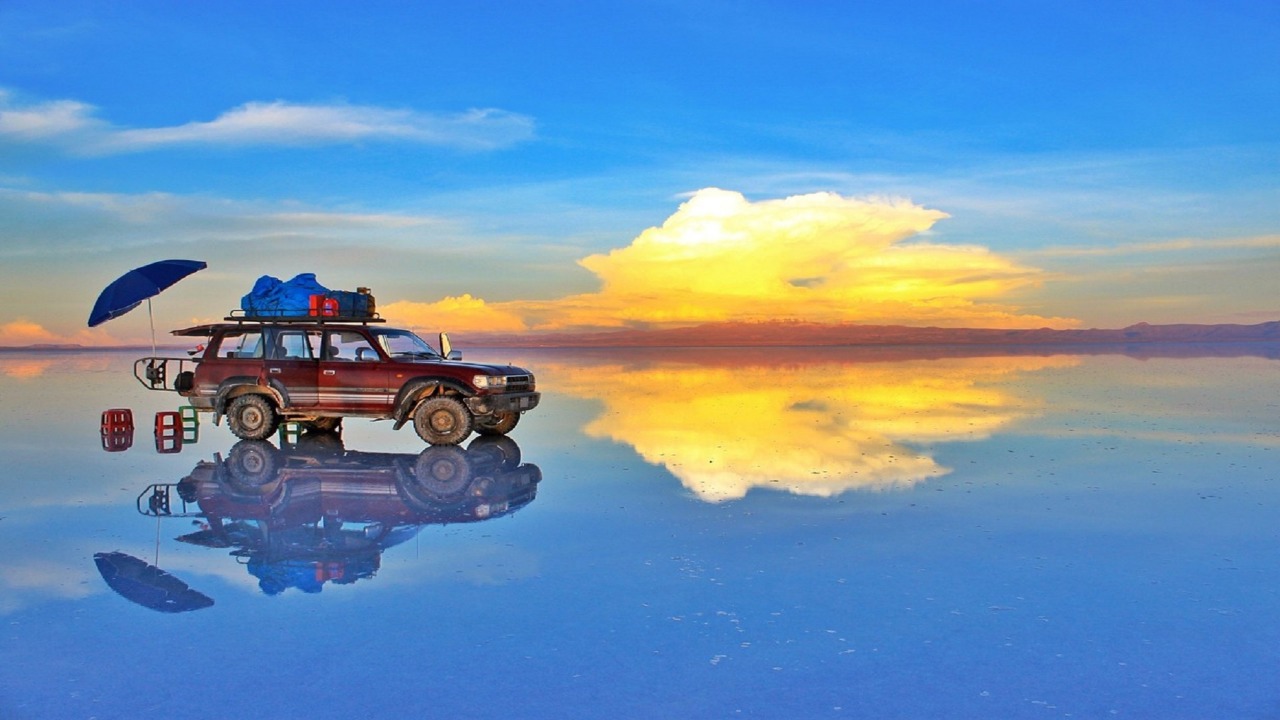 Perhaps the most famous place in Bolivia, the Uyuni salt flats are the largest and highest salt flat in the world. The salt flats make up more than 4,050 square miles (10,489 square km) of the surreal landscape. A camera is the number one necessity to capture the sheer desolateness and striking beauty of the salt flats. The salt flats stretch into the horizon creating a distorted effect and delivering amazing reflection and perspective shots.

During the rainy season (December to March/April), the salt flats turn into the world’s largest mirror, thus creating dreamlike reflections. The sunset is especially amazing during this time, as the spectacular colors reflect off the flat. During the dry season (May to November), the ground hardens creating a stark white landscape. This is the time for perspective shots, and in addition, more areas of the salt flats are accessible during the dry season than the rainy season. Check out Gulliver’s Bolivia tours to discover the Uyuni salt flats and more.

Not for the faint-hearted, what previously was called the “World’s Most Dangerous Road” is now a popular adventure for thrill-seekers. The grim name of Bolivia’s Death Road comes from its dark history, as it was labeled so in 1995 with around 300 reported deaths each year. In the 2000s, a new road was built for vehicles and now Death Road is a popular attraction for mountain biking. The ride offers incredible views, as the road is situated where the Andes mountains drop off into the Amazon.

Death Road is suitable for both beginners and experts. Despite the threatening name, you probably will not die. However, there is still danger involved, and it is best to go with a trusted tour. To complete the trip, riders receive an “I Survived Death Road” T-shirt when they reach the bottom.

A brilliant blue gem of Bolivia, Lake Titicaca is the world’s highest navigable lake. Extending across the border between Bolivia and Peru, Lake Titicaca is considered sacred as the Incas believed it was the birthplace of the Sun. In Copacabana, eat the specialty, delicious fresh trout that comes directly from the lake, before taking a nice 2-hour ferry ride to Isla del Sol (Island of the Sun).

Isla del Sol is an untainted, car-free island and it is a charming place to stay overnight. Alternatively, hiking Isla del Sol can be done on a day trip with ferries embarking in the morning and returning in the evening. This magical little island can be hiked in 3 hours. Despite its size, this tremendous destination offers many picturesque hiking trails, as well as ancient Incan ruins to explore. The island’s laidback vibe and dazzling lakeside views make it a must-visit destination when at Lake Titicaca.

For more information on all of our tours, visit Gulliver Expeditions.

Choose to spend your next holiday in one of these three magnificent countries or a combination. With tours in Ecuador, Peru, and Bolivia, let Gulliver help you plan your perfect vacation, and together we can come up with a custom itinerary for you.